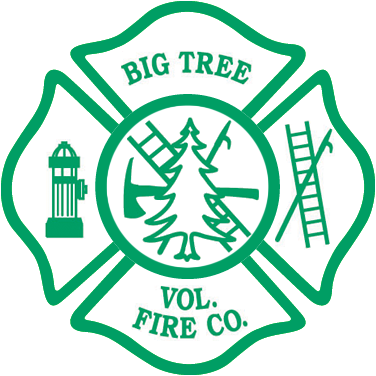 In order to promote Big Tree’s activities and to show the community our firefighters, a parade unit was formed in 1938. The first uniform consisted of a white shirt, black tie and blue trousers. The uniform was quickly changed to suntan trousers with a green stripe, a green shirt trimmed suntan and a visor cap trimmed in green. In the early 1980’s the uniform was changed to green trousers with a gold stripe, as white short-sleeved shirt trimmed in green, and a white cap trimmed in green.

When our Field Days were still running, it wasn’t uncommon to see Big Tree 35-40 times a parade season. Since we no longer have Field Days, we try to march5 – 10 times a year. 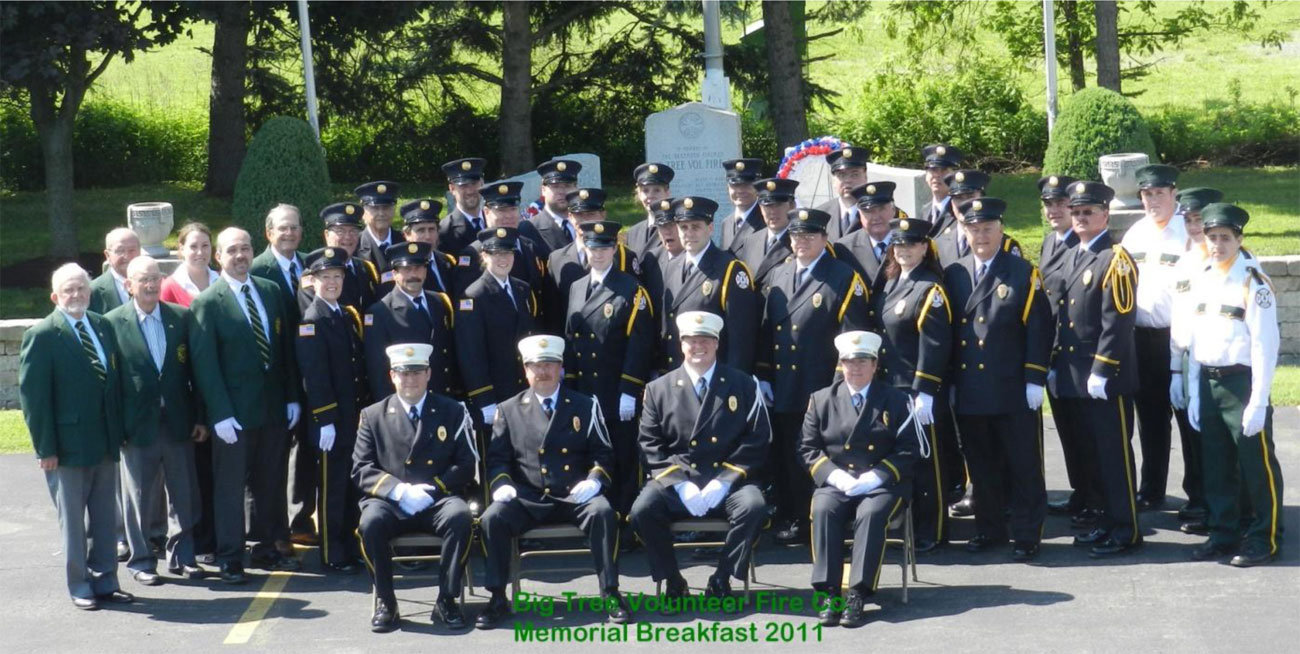 No information, photos, files, or other material found on this website may be copied or used without the express written permission of the Big Tree Volunteer Fire Company

In the event of an emergency please call 911